Hello everyone, in this article, we are going to know about famous Youtuber Bhuvan Ban (BB Ki Vines) income from Youtube | Net worth | Dhindora Budget | Girlfriend and many more.

Who is Bhuvan Bam?

Bhuvan Bam as famously known as BB Ki Vines started his journey by uploading comedy videos on Facebook. After receiving a good response from Facebook videos he started uploading videos on Youtube as well.

Bhuvan Bam is a versatile actor who plays all the characters in his videos by himself. Recently Bhuvan released a web series by the name “Dhindora” which is already performing very well on Youtube. In his web series Dhindora, Bhuvan is playing all his famous characters by himself.

Bhuvan Bam was born on 22 January 1994 in a middle-class family of Baroda, Gujrat. He is currently 27 years old as of 2021 and he is currently living in New Delhi.

Sandeep Maheshwari income from Youtube and Net worth in 2021

Bhuvan Bam’s father’s name is Avnindra and his mother’s name is Padma Bam who is a former employee at ABB, Faridabad. He also has one brother whose name is Aman Bam.

Bhuvan Bam is dating a girl for the last 10 years and she is her classmate. Bhuvan disclosed this in an interview on Zoom. Rumors say that his Girlfriend’s name is Arpita Bhattacharya.

Bhuvan Bam’s income comes from Youtube videos, sponsorships, and web series. There is no official data available for the Net worth of Bhuvan Bam but based on some other sources we can calculate his approximate net worth.

The estimated net worth of Bhuvan Bam in 2021 is $3.5 Million and his net worth in Indian rupees is around Rs 26 crores.

Dhindora is a very famous series going on Youtube made by Bhuvan Bam. If you are a fan of web series then you must see Dhindora because the story of the series is very interesting and all the main characters are played by one man Bhuvan Bam.

Bhuvan Bam is playing the role of Bancho, Sameer Fuddi, Bhuvan, Titu Mama, Bhuvan’s mummy, Bhuvan’s father, Mr. Hola, and many others. In the series, famous celebrities like Anup Soni, Arun Kushwah, and Badri Chavan made a special appearance.

The acting of Bhuvan Ban in Dhindora deserves huge appreciation because one can imagine how hard it is to play all the roles.

There is a total of 8 episodes in the first season of Dhindora and all of them are worth watching. Dhindora got a 9.8 out of 10 IMDB rating which also represents the quality of the content.

What is the Real name of BB Ki Vines?

The real name of BB Ki Vines is Bhuvan Bam.

What is the name of Bhuvan Bam’s father?

The name of Bhuvan Bam’s father is Avnindra Bam.

What is the name of Bhuvan Bam’s Mother?

The name of Bhuvan Bam’s mother is Padma Bam

What is the name of Bhuvan Bam’s girlfriend?

According to some rumors, Bhuvan Bam’s girlfriend’s name is Arpita Bhattacharya.

What is the Net worth of Bhuvan Bam in Indian rupees?

The estimated Net worth of Bhuvan Bam in Indian rupees is Rs 26 crores.

What is the age of Bhuvan Bam? 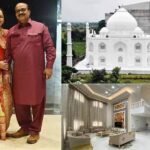 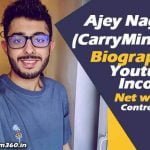