In this article, we are going to tell you the information of Prasad vedpathak’s income, birthdate, family, and businesses. So if you like it then please share it with others. Also see: How much Mumbiker Nikhil earn from Youtube?

Prasad Vedpathak AKA Ur Indian Consumer is a very famous YouTuber who lives in Mumbai. Prasad is running a youtube channel by the name “Ur Indian consumer” which is mainly focused on making people aware of their consumer rights and he currently have more than 1.21 million subscriber on his channel.

If you are facing any consumer-related issues and need any guidance then it is highly recommended for you to visit his channel “Ur Indian Consumer”. He uploads videos related to how to complain about any violation issues of any consumer products and services.

On UIC vlogs he uploads lifestyle and food vlogs, and on his UIC gaming, he uploads live stream gaming videos.

Although Prasad consider all his subscriber as family but in his real family he lives with his father, mother, wife, and brother. His wife’s name is Deepika Prasad Ved pathak who also runs her youtube channel “Deepika Bakes” where she uploads videos related to cakes.

His brother Deepraj Vedpathak is also a Youtuber who runs DeepLife youtube channel where he uploads life hacks, fashion hacks, and lifestyle vlogs.

Prasad VedPathak was born on 6 June 1988 and he is currently 32 years old as of 2021. His birthplace is Mumbai, Maharashtra.

Prasad Ved pathak is a full-time Youtuber and he also registered a trademark of clothing brand ZIDD. Prasad also a very good stock market trader and he gives guidance on trading on his channel too. Earlier he was an engineer a but he left his job to follow his passion.

The answer to the question of how much prasad Ved Pathak earns from youtube is very difficult because he runs three channels and the earnings of the channel are fluctuating every month.

Below we have given the earning details of Prasad Vedpathak as according to Socialblade.com.

Note: All the earning details mentioned above are approximate based on channel analytics and performance.

Also see: How much Amit Bhadana earn from YouTube | Amit bhadana net worth in 2021

Prasad Ved pathak and Mumbiker Nikhil were good friends but once Mumbiker Nikhil promoted a brand having tagline ZIDD and that time Prasad raised a complaint about that and asked Nikhil for not promoting that brand but he refused to do that.

How much is Prasad Vedpathak’s income?

What is the birthdate of Prasad vedpathak?

Prasad Vedpathak was born on 6 June 1988 in Mumbai, Maharashtra .

what is the age of Prasad vedpathak’s wife deepika vedpathak?

The accurate birthdate of deepika vedpathak is not available but her approximate age is around 30 years.

What are the businesses of Prasad vedpathak?

Prasad vedpathak is a full-time YouTuber and he owns a clothing brand ZIDD. He is also doing stock trading.

what is the net worth of Prasad vedpathak?

The net worth of prasad vedpathak is around Rs 73 lakh to Rs 7 crore. 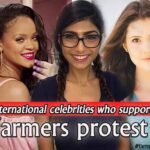 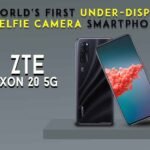