Nothing is impossible if you dream something and work for that then one day you will achieve your goal and one of the best examples of that is “JATT PRABHJOT”. Some time we feel very low and negative thoughts start ruling our mind but how to tackle negativity and always stay possible can be learned from Jatt Prabhjot.

Who is Jatt Prabhjot?

Jatt Prabhjot is a very famous YouTuber from Delhi who started his YouTube channel on 5th March 2015. He uploads moto vlogs, long ride videos, family vlogs, and many more. Jatt Prabhjot is a true inspiration for those who want to start their youtube channel.

Jatt Prabhajot currently have 1.86+ million subscriber on his YouTube channel and 449k followers on Instagram. earlier Jatt prabhjot was doing a job in IT company and now he is a full-time Youtuber.

Also see: How much Amit Bhadana earn from YouTube | Amit bhadana net worth in 2021

Jatt Prabhjot was born on 09th December 1992 and his birth place is New Delhi. He is currently 28 years old and he did lots of long rides including Ladakh, Lamayuru, Saach Pass, and many more.

Prabhjot currently lives with his family which includes his father, mother and sister.

Prabhjot bought a pet in May 2020 which is a dog and Prabhot’s new dog breed is Shih Tzu. Prabhjot’s father named the dog Cocco.

According to sociablade.com, the monthly income of Jatt Prabhjot from Youtube is around $6.4k – $16k and his yearly income from youtube is around $76.3k – $200k. Remind you it is not an actual income of jatt prabhjot he might earn less or more on than that.

It is only a youtube earning and does not include brand endorsement. YouTube earning depends upon the Ad impression and clicks on videos.

There is no official data of Jatt prabhjot’s net worth but we can calculate his net worth and it is approximately Rs 1.2 Cr to Rs 2.0 Cr.

Prabhjot is an automobile enthusiast that is why he love to keep bikes and cars in his collection. Prabhjot is a very positive person and his positive thinking can be seen in his vlog when his bike KTM Duke 390 got stolen.

Earlier he has KTM Duke 390 which got stolen, Kawasaki Z800, and Suzuki Hayabusa which he sold to his friend and BMW 5 series.

What is the Jatt prabhjot’s new bike BMW R1250 GS?

What is the birth date of Jatt prabhjot?

Which breed is jatt prabhjot’s dog?

What is the age of Jatt Prabhjot? 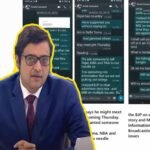 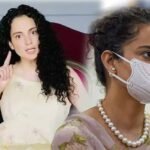