Hello everyone, in this article, we will get to know about Draupadi Murmu Age, Cast, Husband, Children, Political career, Qualifications, Awards, Interviews, etc.

Who is Draupadi Murmu?

Draupadi Murmu, who belongs to the tribal community and was born in the state of Orissa. She has recently become the President of India and this is the reason why Draupadi Murmu is being talked about on the internet nowadays.

Draupadi Murmu was born on 20th June 1958 in a tribal family in the Mayurbhanj area of ​​Orissa, India.

After completing her graduation, she got a job in Odisha Government as a Junior Assistant in the Electricity Department. She completed this job from the year 1979 to the year 1983. After this, she started working as a teacher in the Aurobindo Integral Education Center in Rairangpur in the year 1994 and she did this work till 1997.

Since she is a woman from a tribal group and the NDA has put her forward as a candidate for the position of India’s next president, Draupathi Murmu is currently the subject of a lot of online discussions.

The birthdate of Draupadi Murmu is 20th June 1958 and she is currently 64 years old.

Draupadi Murmu’s father’s name is Biranchi Narayan Tudu and Draupadi Murmu belongs to Santal tribal family. Draupadi Murmu is the first woman governor to complete a five-year term after the formation of the Jharkhand state. Her husband’s name is Shyam Charan Murmu.

Draupadi Murmu had a total of 3 children, in which there were two sons and one daughter. Although her personal life was not very happy, because her husband and her two sons are passed away. but her daughter is alive whose name is Itishree, and she is married by Draupadi Murmu to Ganesh Hembram.

Draupadi Murmu did her schooling at the local school of Mayurbhanj, Orrisa. For graduation she shifted to Bhubaneshwar city where she took admission in Ramadevi Women’s University where she completed her graduation.

She was first elected as a district councillor from the Rairangpur district of Odisha in 1997, and she also rose to the position of vice president in that district. In addition to this, she was given the opportunity to lead the Mayurbhanj District BJP from 2002 to 2009. She also succeeded in winning the election to the Rairangpur Vidhan Sabha in 2004. Later, in 2015, she was given the opportunity to lead Jharkhand, a state where the tribal population is predominate.

Prior to this, Pratibha Patil has been seated as a woman in the post of President of India.

Other Political achievements of Draupadi Murmu are as follows.

Draupadi Murmu received the Neelkanth Award for Best Legislator in the year 2007. This award was given to her by the Odisha Legislative Assembly.

According to some reports, Draupadi Murmu is one of the richest and one of the most popular politicians of India. Draupadi Murmu’s net worth is estimated to be $1.5 million which is equivalent to Rs 11.7 Crores in Indian rupees.

Who is Draupadi Murmu?

Draupadi Murmu is the president of India.

Draupadi Murmu belongs to which community?

What is the name of Draupadi Murmu’s husband? 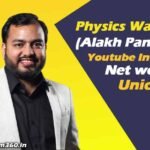 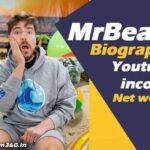