Famous actress Kangana Ranaut made a controversial remark on India’s independence, ‘Independence was bheek or alms, India attained real freedom in 2014 when Modi-led government came into power’ she said it while giving an interview on a TV channel.

Many activists and political leaders came forward to stand against Kangana Ranaut and demanded the BJP government to withdraw the Padma Shri award which she got recently.

Congress and AAP leaders take a stand against this speech. this leader demands the BJP government to withdraw the Padma Shree award from Kangana for disobeying our freedom fighters Mahatma Gandhi, Shahid Bhagat Singh, and all the freedom fighters who fought for India’s freedom and become martyrs.

Recently Delhi Commission of Women chief Swati Maliwal tweeted against Kangana Ranaut. Her tweets read in Hindi “The freedom attained due to Bhagat Singh, Azad and Gandhi seem like ‘bheek’ to her and she calls ‘satta ki ghulami’ (being a slave to those in power) real freedom. Did she get a national award for such thinking?”.

Maliwal also said in her other tweet, she had written to the President of India demanding that her Padma Shri be revoked. “She deserves treatment not award,” Maliwal wrote about Ranaut.

Recently Vishal Dadlani also posted on instagram against Kangana, he tweets “Remind the lady who said our Independence was “bheekh”. The man on my t-shirt is Shaheed Sardar Bhagat Singh, atheist, poet-philosopher, Freedom Fighter, son of India, and son of a Farmer. He gave his life for our freedom, for India’s Independence at age 23, and went to the gallows with a smile and a song on his lips. Remind her of him, of Sukhdev, of Rajguru, of Ashfaqullah, and all the many thousands of others who refused to bow, refused to beg. Remind her politely, but strongly, so she never again dares to forget.” 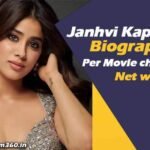 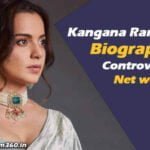