The Sale of LAVA Myz customizable smartphone is going to start from 11 January and its price starts from Rs 7849 for the lowest model. The available option for customization are Rear camera, Front camera, RAM, ROM and color.

The Lava MyZ is also one of the best budget smartphone available in between the price range of Rs 7500 to Rs 10500.

Where we can book LAVA MyZ customizable smartphone:

You can book the LAVA MyZ from this link: https://www.lavamobiles.com/myz/

Also see: Micromax IN 1b price and specification in India

All the specification source: Lavamobiles.com What is the price of LAVA MyZ?

Is Lava Myz is fully made in India?

Yes, the Lava MyZ is almost fully made in India smartphone.

Yes, the Lava MyZ is a fully customizable smartphone with a customization option for Rear camera, Front Camera , RAM, ROM and color.

From where we can buy the LAVA myz smartphone? 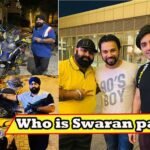 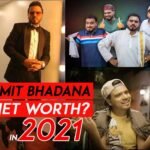